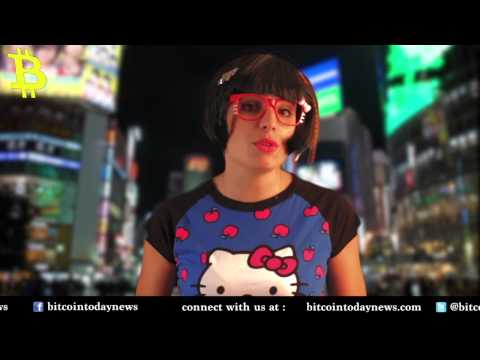 Who Is Satoshi Nakamoto?

Bitcoin and cryptocurrencies are the new trend market today almost everywhere people are talking about Bitcoins, particularly with examples that someone has made millions in only a couple of years by smartly investing in bitcoins. It is decentralized, which means it isn't controlled nor backed up by any administration, nation, or an individual element. Unlike traditional currencies, such as dollars and euros, bitcoins are issued and managed without any regulation from any central government. Thus, it is more resistant to inflation and corruption. A Bitcoin derives its value basically from the demand and usage of bitcoins, similar to a stock. With this kind of innovation, everyone is thinking about how Bitcoin started and who created this kind of technology? The name "bitcoin.org" was registered on 18 August 2008. While on the 31st of October 2008, a link to a paper authored by Satoshi Nakamoto titled Bitcoin: A Peer-to-Peer Electronic Cash System was posted to a cryptography mailing list. Nakamoto implemented the bitcoin software as an open-source code and released it in January 2009. Then on the 3rd of January 2009, the bitcoin network was created when Nakamoto mined the first block of the chain, known as the genesis block. Embedded in the coinbase of this block was the text "The Times 03/Jan/2009 Chancellor on brink of second bailout for banks". This note references a headline published by The Times and has been interpreted as both timestamp and comment on the instability caused by fractional-reserve banking.
With all these groundbreaking accomplishments of bitcoin, Nakamoto's identity remains unknown. Several speculations and theories were made, but all of these speculations don't have concrete evidence to prove their speculations are true. One of the first and most easily dismissed claims was that of Dorian Satoshi Nakamoto. The 68-year-old Japanese-American living in California, was identified in a 2014 Newsweek article as the elusive Bitcoin creator. Despite his work as a systems engineer on classified US defense projects as well as his background in digital finance, the homonymous nature was sheer coincidence. While one of the most intriguing speculations is the announcement made by Craig Wright that he is Satoshi Nakamoto. As said to this article, Craig Wright is an Australian academic who was brought into the spotlight of Satoshi when Wired Magazine published an article in 2015 claiming Wright “either invented Bitcoin, or is a brilliant hoaxer”. Shortly after the Wired article was released, Gizmodo released their article stating they were contacted by a supposed hacker that had gained access to Wright’s emails and claimed that Satoshi Nakamoto was a pseudonym for Wright and his accomplice, the deceased cybersecurity expert David Kleinmen. However, when asked to provide evidence a list of addresses associated with the Tulip Trust, said to hold almost 1 million BTC the documents were highly redacted and shed little light on the true nature of Wrights involvement in the birth of Bitcoin. Still the story is not yet and finish and there is still no enough evidence in this proclamation of Craig Wright. The man behind the empire of bitcoin is still unknown, but it'll just be a matter of time till someone claims that he, she or they, are the people behind Bitcoin.

A question to the NEM Dev’s The age of extinction. (Feel free to delete again Nem)

Some time ago we ran a short trial of paying bitcoin for bugs. The response was fantastic so we've decided to set up something ongoing.
Our goal is to provide parents with web and mobile tools that enable them to monitor their children's development. We believe that each child has the right to grow up as best they can without hindrance. We also believe that parents are the most important factor and that software and the internet can help each parent become expert nurturers and informed advocates as they navigate health and educational institutions.
Our Developing Childhood website is designed to educate parents by giving them evidence-based insight and advice about their children's development. This is one arm of our strategy to improve the lives of children with disability (and those without). Our site will soon be receiving more traffic through some pilot programs. So we're very eager to resolve as many bugs as we can and as soon as possible.
Happy to negotiate btc/bug. No experience required.

Note. It has been pointed out that a publicly editable spreadsheet can be gamed and isn't suitable to reporting security bugs. Please PM security bugs. A public key is provided below. I am currently exploring better options for reporting. In the mean time, you can provide a read-only google sheet containing bug reports.

Paths
We are especially interested in particular uses of the website. We have referred to these as paths. A standard path involves:

Link to view the Paths:
https://docs.google.com/document/d/1K9pcONxRvPl3feTxrxzzv1XNdHFsE-DdXnzxIM2YIhM/edit?usp=sharing

My open letter to Leah McGrath Goodman and Kira Bindrim

Dorian Prentice Satoshi Nakamoto said Thursday that he is ...

discussing the identity of satoshi nakamoto and many other news articles in todays episode! Sign up with coinbase. buy or sell 100 dollars in crypto currency and get 10 dollars of bitcoin for free ... Nakamoto has stated that work on the writing of the code for bitcoin began in 2007.[8] On 18 August 2008 he or a colleague registered the domain name bitcoin.org,[9] and created a web site at that ... Satoshi Nakamoto created and developed Bitcoin. He published the Bitcoin White Paper on November 1st, 2008, and mined his first Bitcoin on January 3rd, 2009. He is the person who is able to ... Dorian Prentice Satoshi Nakamoto said Thursday that he is not the creator of bitcoin, adding further mystery to the story of how the world's most popular dig... Bitcoin Address - 1JWCncwZu8pPNhvP9wBTUxrz4eoSDy2sc3 Thanks for the support! This video is unavailable.